As in most of continental Europe, the electricity supply in Germany is 220v. Electrical sockets take standard European two-pin plugs. British, North American and other non-European guests are advised to bring adaptors.

Climate:
Meissen has a mild climate with warm, wet summers and cold winters. Average summer temperatures are 75-79°F / 24-26°C, with chilly nights. However temperatures below 63°F / 20°C during the day and below 47°F / 15°C at night time are not unusual. Please be prepared to have some warm clothes with you, an umbrella may be useful too.

Currency:
The official currency in Germany is EURO other currencies are not accepted. It is recommendable to change some money at the airport already, because Meissen is a small city and the next ATM machine or bank is at the market place of the town. The rate will be similar to the official bank rate. All common credit cards are widely accepted (mostly Visa, Master). 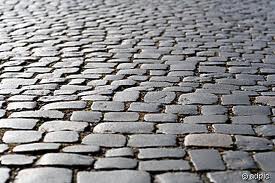 We have no special dress code, just come as you are, casual is fine. Important note especially for all women: Bring good shoes to Meissen! High heels are definitely not suitable on the cobblestones which are all over the place.